Select a Page
Home
Tell Us...
Last Year
About LCAF
Origin
History
Governance
Sponsors
Festival 2018
•Festival Animateur
Performing Schools
Visiting Artists
Performance Schedule
Links
Contact Us
What's New
About LCAF
Festival 2018
Links
What's New
Festival 2018
Festival Animateur
Performing Schools
Visiting Artists
Performance Schedule
Festival Animateur
What Does An Animateur Do?
The animateur's role is to observe all stage performances, and afterwards lead discussion about such production by assiting groups in evaluating the merits of their presentation. One of the key focuses of students performance is for them to be made aware of the value of their creation, so this critical thinking time is perfect for students to learn and grow within their skills.

Besides a public and private adjudication, the animateur will also give workshops to groups of all students involved with productions of the festival.
This Years Festival Animateur is.....
RUTH LAWRENCE 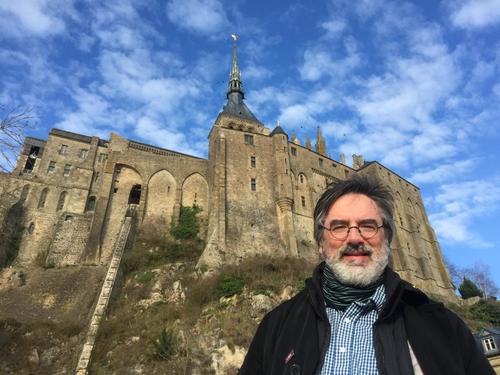 Festival Animateur 2017 - Jamie Skidmore (larger version)
Jamie Skidmore is an award winning artist with over 30 years experience in the theatre. He'sthe Artistic Director of the Isle aux Morts Theatre Festival, and is a founding member of the St. John's Shorts Festival. He works as a director, designer, producer, and playwright throughout Newfoundland and Labrador, as well as in other parts of Canada, the US, and the UK. In 2006 he served as the Production Manager/Technical Director for the Magnetic North Theatre Festival, Canada's National Festival of Contemporary Theatre in English.